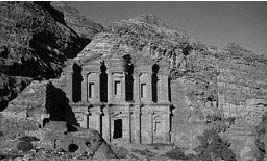 Tpetra is “hybrid parallel,” meaning that it uses at least two levels of parallelism:

Tpetra also understands parallel distributions of data. It has objects called Maps that let users represent a particular distribution of data over one or more parallel processes. Users may also construct data migrations (Import or Export) between two distributions, and use them either on Tpetra native objects, or on their own objects that implement a simple data packing and unpacking interface (DistObject).

Tpetra has the following unique features:

If you are familiar with the Epetra package, think of Tpetra as the next version of Epetra. Epetra’s interface is stable, but Tpetra has better support for shared-memory parallelism. Current and future software development effort will focus on Tpetra and the solvers and preconditioners that depend on it.